Scotty took over as GM of Skydive Wanaka in July 2017, after already being the man in charge of both NZONE Skydive in Queenstown and Skydive Paradise in Glenorchy.

Hailing from Christchurch Scotty has been a Queenstown local for over 20 years and made his first tracks in the adventure tourism industry as a ski instructor. From skiing, he swapped to jet boat driving with Shotover Jet, where he eventually became Operations Manager.

After a 4 year stint up in Taupo as GM of Huka Falls Jet, he returned to Queenstown to become manager of Shotover Jet. After eight years, he swapped boats for planes and life jackets for parachutes, embracing the opportunity to take on the role of General Manager with another of Queenstown’s iconic adventure activities, NZONE Skydive.

Evan Pearce joined the Skydive Wanaka team as our QA before becoming our CEO. Prior to this, he flew ski planes in the Southern Alps for 5 years between 1985 and 1990 before entering the Airline Industry with Mount Cook Airline. He has been flying internationally on the Boeing 737NG, and also owns and operates an Aviation Safety Management Company (QAOSH), which focuses on Safety Management and Accident Investigation and contracts throughout NZ and the South Pacific.

Kirsty has been with the company for 5 years now, starting out as a harnesser & driver & working her way up to the frontline manager role she now holds. She can do all the ground-based roles so can often be seen switching between load planning, editing and packing. She loves heading away on camping/hiking adventures on her weekends, spending time with friends and eating out (too much!!)

Ben is our favourite (only) Aussie member of staff, all the way from the west coast of ‘Straya. After travelling all over the world (Africa, Canada, UK, Sweden, Iceland, Croatia, Mexico, to name a few!) he decided to just pop over the ditch & give little ol’ NZ a go. He has a delightful Australia accent, sure to make all our female customers go weak at the knees…!! 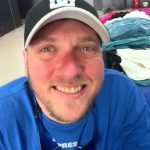 Mhaya’s father. Loves Freefly, Swooping, Jiu-Jitsu, Pink Floyd, Mac Computers, Parachute Rigging and and of corse Brazilian BBQ. When doing camera jumps no Tandem fly too fast for him. Always keen for a fun jump. Bit loud, but only because he always have his ear plugs on. Passionate for everything he does. His favorite expression: “Bring it on!

Barni (just like Fred’s mate from the Flintstones!)  comes to us as our 2nd addition to team Hungary! He is originally from Transylvania & may be a direct descendant of Dracula…. Loves Skydiving & he’s sure he has the best job in the world.

Rory was born down south, and grew up in Cromwell. He is your typical kiwi lad – he loves watching cricket, having a few beers with his mates and going out wearing socks and jandals…! Before joining Skydive Wanaka, he worked over in Australia. Chris has been hooked on skydiving in NZ right from his very first exit!  Holidaying from the UK he tried his first skydive here in NZ – and his life has never been so much fun since !!  Becoming an instructor and shifting to NZ he really is living the dream that many of our customers contemplate after their first incredible skydive !!  Loves Italian food, mixed martial arts, football and all things NZ.

Coming to us from Namibia, Anthony became a skydiver totally by chance back in May 1995 when his friend booked him in for a static line jump without him knowing – and he hasn’t stopped smiling, or jumping, since !!   With a love of sun, good company, live music, and good red wine – Wanaka is shaping up to be one of his favourite places !!

Boris left us after nearly two years, but missed us SO much, he decided to come back and jump with us again YAY!! He likes relaxing (when he gets a chance to) and has a strange, but quite endearing, obsession with sniffing people’s hair..! Apparently he is also a semi-professional bodybuilder??

Pip is a bit of a quirky character, but then again, aren’t most skydivers?! Before moving to New Zealand, Pip travelled extensively in Australia, South East Asia, America and Canada. He also once spent three months sailing across the Atlantic from Cape Town to West Mexico.

When we heard Malachi was coming back from Norway to re-join our team of beautiful strangers, we were so excited. Always smiling & never one to complain, he is definitely the tandem master with the best hair – check out his ‘fro!! He loves surfing & flying, and is also one of our few token Kiwi skydivers 🙂

Si, born and bred in Dunedin, learnt to jump at the skydive school in Methven. He loves yoga, skiing, base jumping & mountain biking. He previously worked over in Oz at Mission Beach, but has returned to his roots & has now got his tandem rating so he can work for us forever & ever in wonderful Wanaka!!!

Ever since he learnt to skydive in Methven & started working in skydiving, Jack told us all he wanted to do was to work at Skydive Wanaka, so we thought we better take him on and make his dreams come true! He is a cheeky English chappy, who loves the lifestyle NZ has to offer – hunting being his number one hobby (after skydiving, of course!)

Jason is our one & only Chiwi – a Chinese Kiwi!!! He was born and bred in south Auckland, but has now swapped the streets of Onehunga for little ol’ Wanaka. He is another skydive school student, and worked overseas in Australia before going travelling and ending up here in Wanaka. He loves playing pool, having a few beers with the boys, and riding his mountain bike.

“I have the BEST office in the world – 14 years at Skydive Wanaka, 30,000+ trips to altitude and I have still not had enough of those views!”

Jeremy has OFFICIALLY done TWICE as many parachute packs than he has had hot dinners !! – so that has to be a good sign. Probably the MOST experienced parachute packer in New Zealand he has NEVER had a bad day ( phewf ) even though he spends a lot of time wearing out his knees!


WHAT PEOPLE ARE SAYING... 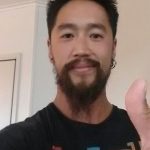 SHOW ME SOME PHOTOS!

I'M READY LET'S DO THIS!